I’ve been doing a lot of cleaning and working on my bedroom, and since getting my hearth shrine put together, I’ve been increasingly frustrated with my Beloved Dead shrine. Which isn’t so much a shrine as three shelves crammed with items that belonged to or remind me of my Dead. Even when I started putting things on it, I wasn’t happy with it- but it evoked at least a little bit of mindfulness, which is something. Still, there’s no room whatsoever for offerings, and it badly needs dusting, and I’m just frustrated.

I started following Home, Hearth, and Heart on tumblr fairly recently; it’s a Hestian blog, and she’s not someone I work with, but the blogger posts a daily calendar with devotional ideas and other information, and today is the last day of the (Hellenic) month. (I consider tomorrow, the first new moon after the solstice, to be the new year, though the Attic Greeks have no real New Year celebration that we know of. Possibly kind of sort of Kronia, which is closer to the middle of next month, but that’s another post for another time.) Anyway, the last day of the month is sacred to Hekate and the Dead, and one of the things the blogger mentioned for today was dreaming up the perfect shrine.

Several times over the years I’ve sat down and tried to think up some plans for my perfect Beloved Dead shrine, but most of them did not get very far for various reasons. But with Wagy approaching- it’s the 22nd of August- and all the rest of the cleaning and decorating and reorganizing I’ve done lately, I’d really like to get an actual shrine up. 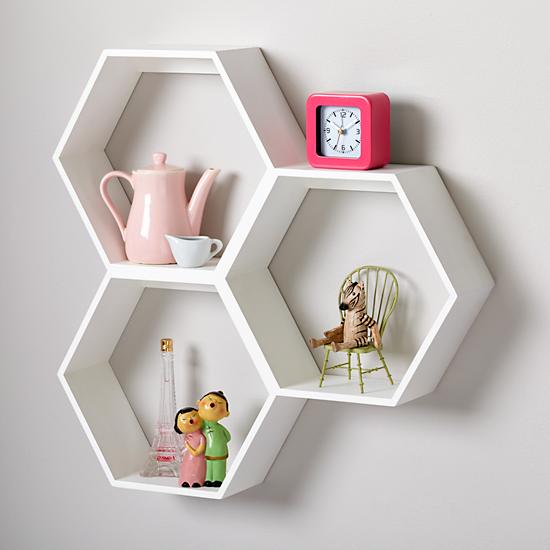 I’ve decided for the base to get a few of these white honeycomb shelves to use as the base of the shrine. I’ll cover the backs, and as I anticipate using one honeycomb per person, I’ll probably decorate the back with their name and dates. I’ll also have one extra honeycomb for my Nameless Dead, and one for holding offerings- which will likely be the lowest honeycomb, as the wall I’m using for my Dead shrine is the one directly over my computer desk. I’d like to start with two, and have them set up by Wagy; ideally, I’ll add more around the other Dead holidays I intend to mark this year (Genesia is the 31st of August, Samhain’s November 1st, Veteran’s is November 11th, and then the Seven Suppers from the 23rd to 29th of December.) I’ll need 7 altogether, as the plan currently stands.

I’m happy to say that I have a plan for Wagy; I’ve done all the research the internet alone will allow me. Next on the to-research list is Genesia, which I expect may be a little trickier to track down as I don’t actually know anyone who observes it. (Wagy was made simpler by checking the internet against Kiya’s post on it.)

I didn’t quite sit down and figure out the perfect shrine, but it’s a plan for now! Ideally, I will have something outside where I can pour water offerings out; I’d like a potted plant with faux gravestones, as I don’t have access to any of my family members’ real graves to tend. I also want to get a small composter at some point, as I don’t revert food offerings to the Dead, and composting them for a small vegetable or herb garden and the potted plant shrine seems appropriate.