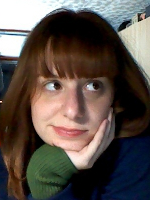 I’m Juni- you can also call me Kat, June, or Juniper. I’m a late-twenty-something hard polytheist attempting to navigate my way through the chaos that is compiling a stable, practical, internally consistent personal practice. This blog is specifically for such entanglements, as well as a piece of public accountability in my ever-constant battle to do, and not just think. (Or think about doing.)

Like any living practice, mine is a work in progress. After a long period of depression and general inactivity, I have scaled back my plans to the barest of skeletons, and I’m making an effort to reconnect with the gods, spirits, and dead. My practice is syncretic/eclectic, drawing primarily from the ancient cultures of Ireland, Greece, and Egypt, through the filter of modern secular New England America.

The short version of my religious background, something of a standard in the “who am I”s of online pagans: I was raised in an actively a-religious household, a somewhat overblown attempt to honor the agreement made between my biological parents not to baptize me, but to let me decide my religion for myself. My early childhood consisted of the fairly standard animism and wide-eyed belief; at age 8 I learned that there really were witches in the world, and I was determined to be one. I was forcibly outed as a pagan during a school field trip in 8th grade; my label didn’t really go beyond witch and pagan, because I had yet to learn that there was anything out there beside the various flavors of book Wicca. In July of 2005 I found The Cauldron: A Pagan Forum which, forgive the cliche, changed the landscape of my life forever. My early Cauldron years consisted on trying on several hats of varying Celtic polytheist persuasion; I learned that I was not suited to strict reconstructionism, nor a strictly Celtic pantheon. In more recent years, I was a founding member and co-leader of The Cauldron’s Brighidine flamekeeping Cill.